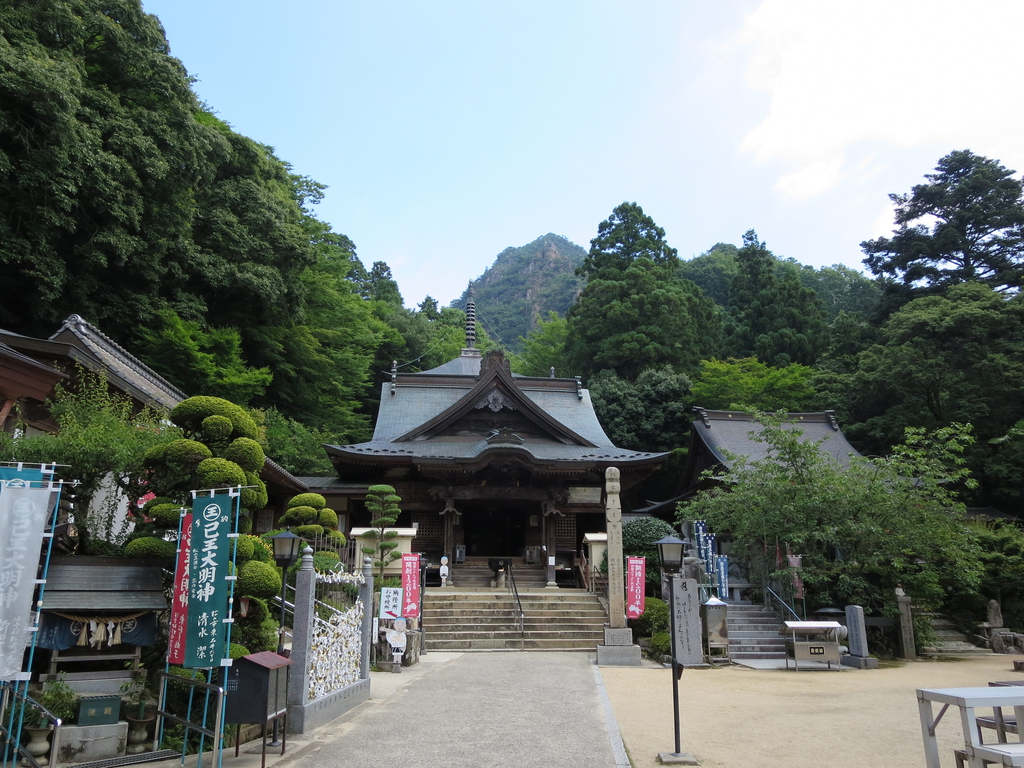 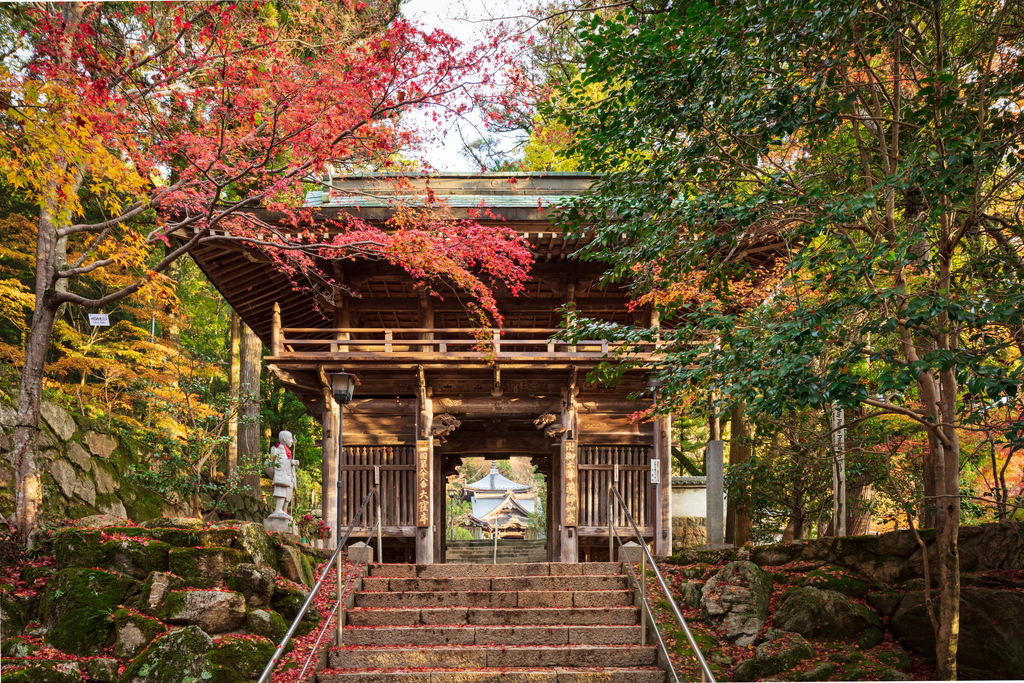 Okuboji, a sanctuary of the Shingon school of Buddhism, is the 88th and final temple on the Shikoku Pilgrimage. Its grounds cover the side of the 774-meter Mt. Nyotai, near the border between Kagawa and Tokushima prefectures, and attract pilgrims as well as casual visitors, many of whom include Okuboji in a tour of the Three Rising Temples—the last three temples on the pilgrimage. According to the temple’s own history, it was founded in the early eighth century, when a priest named Gyoki (668–749) visited the current site of Okuboji during his journeys around Shikoku. The temple also claims an association with Kukai (774–835), the presumed founder of the Shikoku Pilgrimage, who is said to have conducted ascetic training in a cave on the steep, distinctively shaped cliffside behind the Main Hall. In this cave, Kukai carved a likeness of Yakushi, the Buddha of medicine and healing, offered a staff that had passed through the three great lands of Buddhism—India, China, and Japan—and named the place Okuboji (“Temple of the Great Hollow”).

As most Shikoku pilgrims complete their long journey at Okuboji, the temple grounds include a repository for walking sticks that pilgrims dedicate to the temple before returning home. The items in this repository, which is located next to the Daishi Hall, are disposed of ritually by burning them every spring and summer. Visitors to Okuboji can get a feel for the pilgrimage by descending into a room under the Daishi Hall, where 88 statues that represent the deities of the temples along the pilgrimage route are enshrined. Underneath the floor in front of each statue is a bag of sand from the temple enshrining the depicted deity. This sand represents the sacred ground of the temple and allows the person who steps on it to receive the same blessings as a visitor to the actual sanctuary. This miniature pilgrimage was established to accommodate those unable to travel the actual route due to constraints of health or time.

Located some 450 meters above sea level, Okuboji occasionally receives snowfall in winter. In November, just before the coldest time of the year, the temple attracts crowds of visitors who come to view the autumn foliage of the ginkgo and maple trees that grow throughout the grounds.