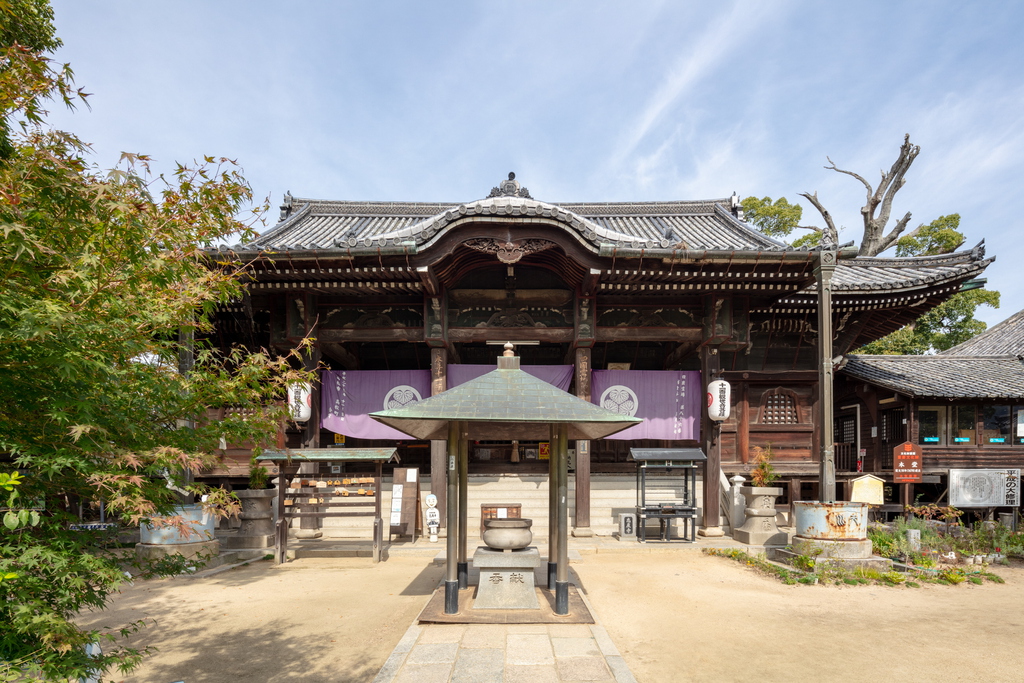 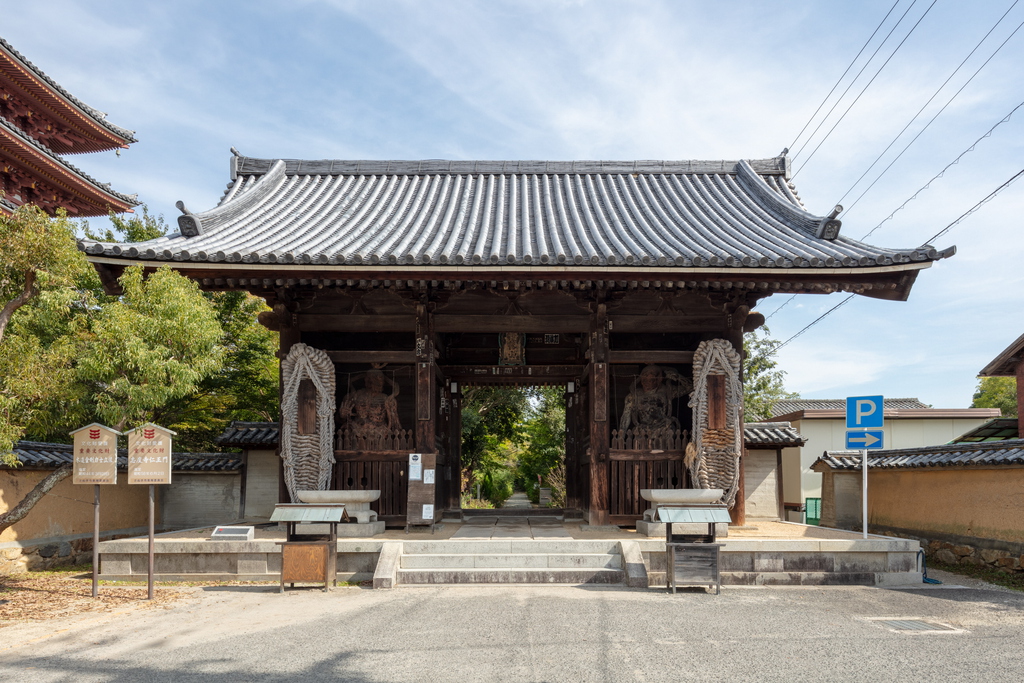 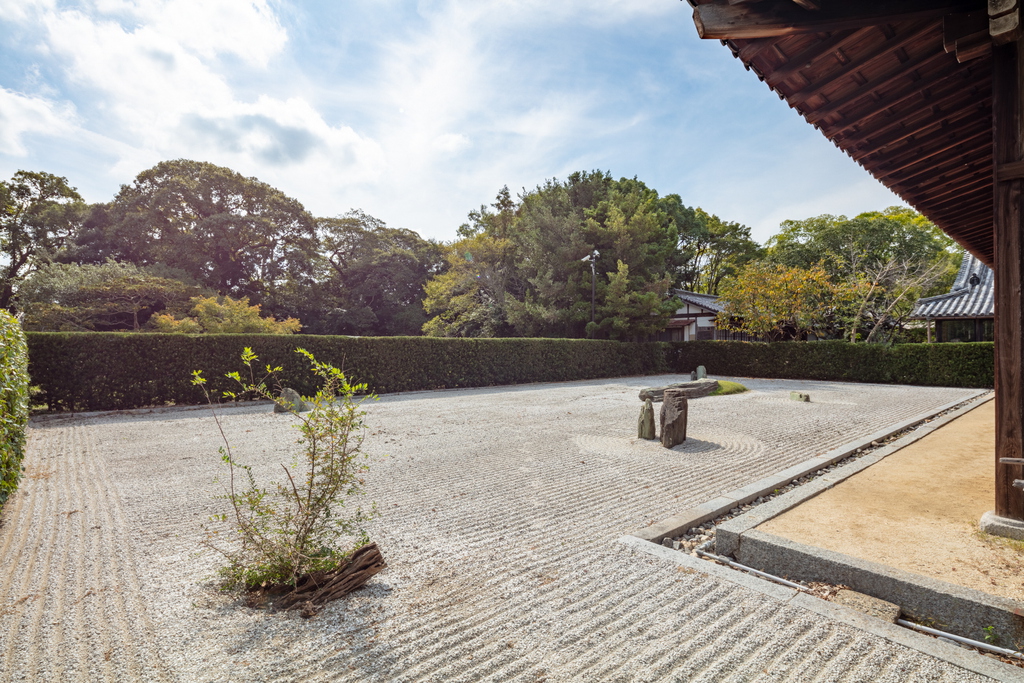 Shidoji, or the “Temple of Wish Fulfilment,” is the 86th sanctuary on the 88-temple Shikoku Pilgrimage. Located in the city of Sanuki, it welcomes a steady stream of pilgrims nearing the end of their long journey. Shidoji has spacious, forested grounds, and a number of auxiliary halls and other structures. The temple is entered through the Niomon, or Gate of the Guardian Kings, which is flanked by a pair of statues representing fierce guardian deities. These are believed to have been carved by Unkei (1150–1223), a master sculptor of Buddha statues whose work includes several figures now designated National Treasures. The gate itself was donated to the temple in 1671 by the daimyo lord of the Takamatsu domain, who in that year also had a new Main Hall built at Shidoji. The gate and hall are both designated Important Cultural Properties. Another symbol of the temple is its bright red 33-meter pagoda, which was added in 1975. Also of interest is the Muzentei, a dry garden designed by the renowned landscape architect Shigemori Mirei (1896–1975).

The temple’s principal deity is Juichimen Kannon, the eleven-headed bodhisattva of compassion. The statue depicting this deity was carved out of a single piece of hinoki cypress in the Heian period (794–1185) and is revealed to the public on only one day every year: July 16. Another statue at the temple, the Datsueba, is somewhat less elusive. It is displayed on the 17th day of every month in the Datsueba Hall. Datsueba is a character in Japanese folklore who awaits the dead in the Buddhist underworld, where the souls of the deceased must cross the Sanzu River to reach the afterlife. Datsueba preys on those who have crossed, snatching their clothes and hanging them on a tree. She then determines the weight of a person’s sins by inspecting the condition of their clothes, and doles out various punishments before letting her victims pass to the palace of Enma, the king of the underworld, to receive his judgment. Another hall at Shidoji is dedicated to Enma, enshrined in the form of the eleven-headed Kannon. At Shidoji the two are believed to be incarnations of the same deity. The Enma statue can also be viewed on the 17th day of the month.