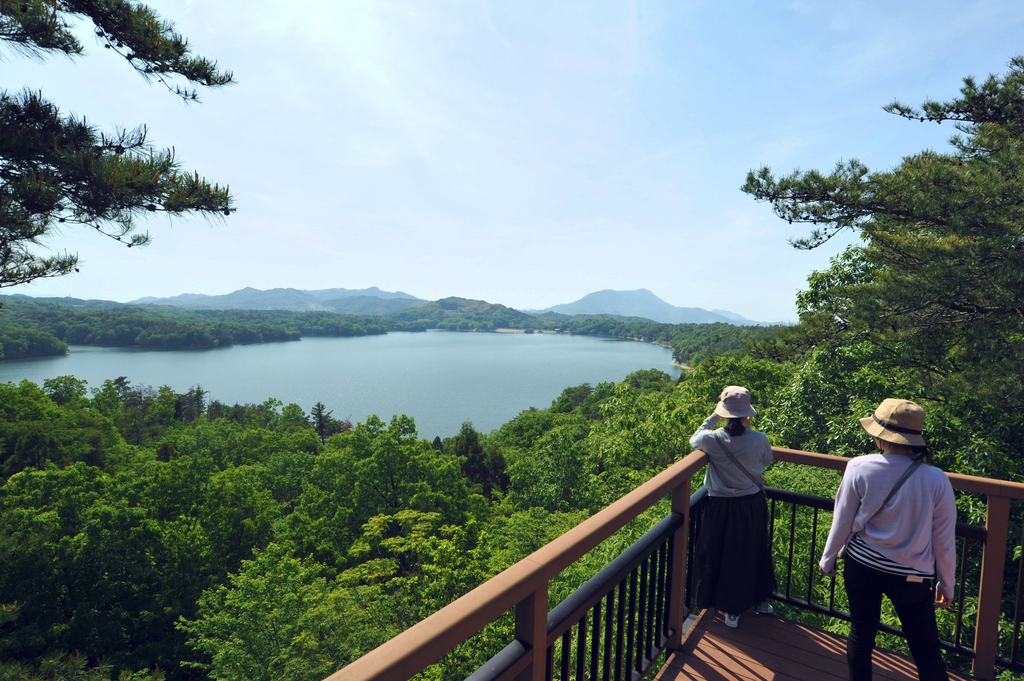 View from inside the Park 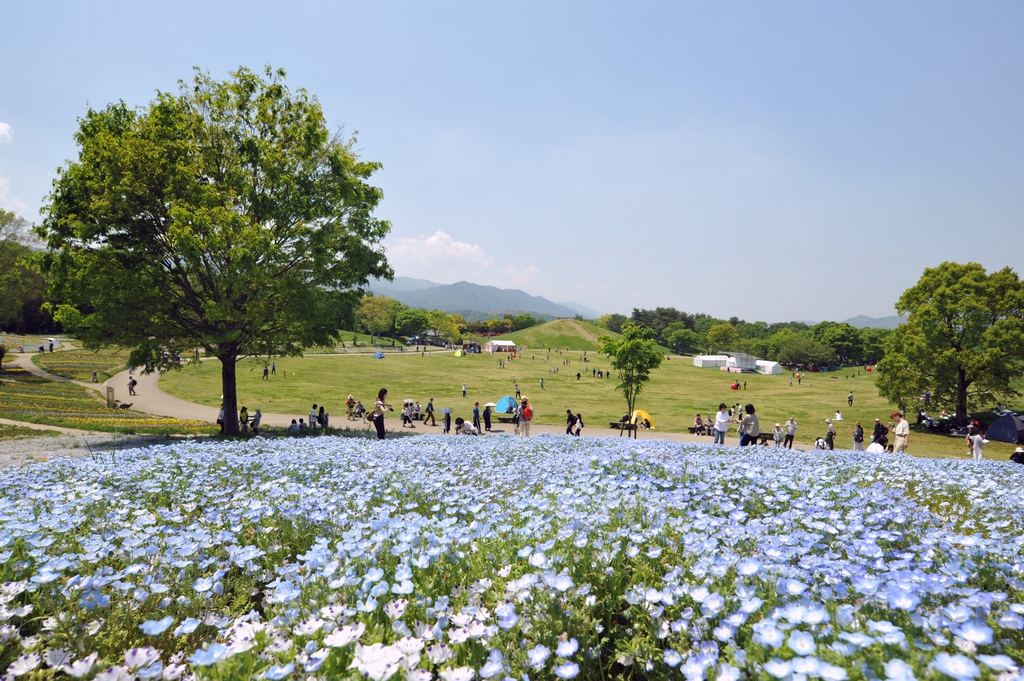 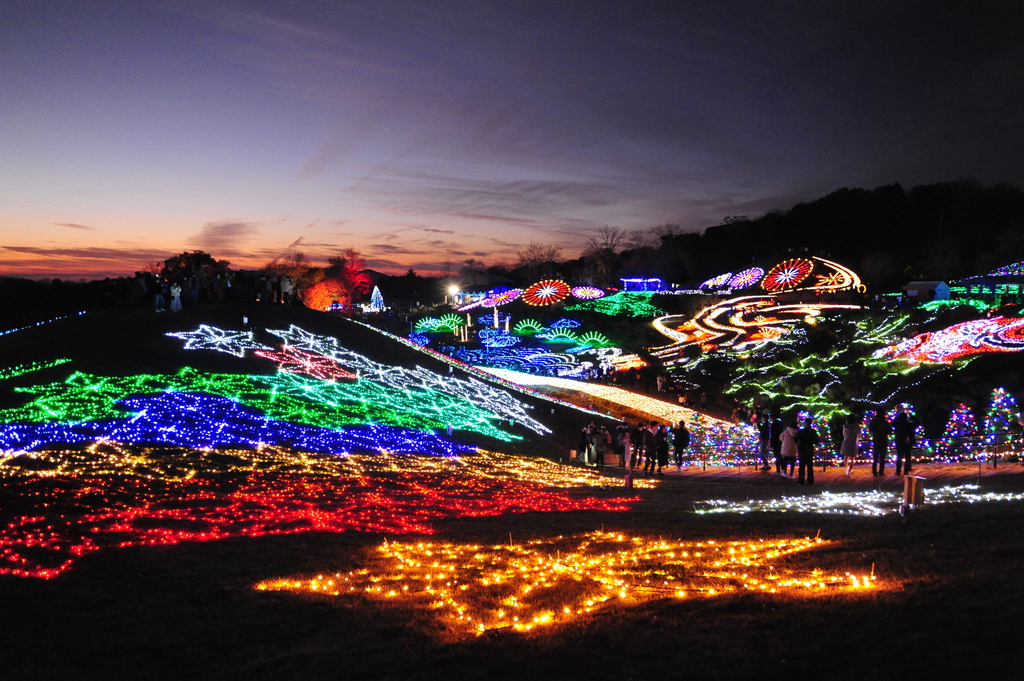 The Manno Reservoir is both a historical curiosity and an indispensable source of water for many farmers in modern-day Kagawa. About 20 kilometers in circumference, the reservoir helps irrigate some 3,000 hectares of farmland, continuing a centuries-old practice.

Kagawa’s low annual rainfall has meant that farmers have had to contend with repeated droughts and a general lack of fresh water as long as agriculture has been practiced in the region. The first reservoir at Manno was built in the early eighth century by the governor of Sanuki province (present-day Kagawa Prefecture), who had a dam constructed on the Kanakura River to ensure a stable supply of water to the rice paddies downstream. The dam burst in the year 818, but was rebuilt three years later by Sanuki’s most famous son: the Buddhist priest Kukai (774–835), who had studied both esoteric Buddhism and advanced engineering in China. Kukai employed techniques never used before in Japan to construct an arched dam just upstream of the narrowest part of the river valley.

Although the remains of Kukai’s dam are no longer visible in the reservoir, which has been reinforced and deepened several times over the centuries, the site itself is worth a visit for its natural beauty. More than 3,000 cherry trees turn the hillsides pink in spring, while in autumn the woods turn to brilliant shades of yellow and red. The biggest event at Manno Reservoir takes place on June 15, the date that marks both Kukai’s birthday and the start of the summer water releases. The reservoir’s gates are opened to flood the region’s rice paddies, preparing them for planting season.

A popular destination for families and couples alike, Manno Park is a 350-hectare oasis of greenery northeast of the adjoining Manno Reservoir. Its facilities include playgrounds, a cycling course (rentals available), a campsite, a miniature golf course, and a barbecue area, but the vast park is best known for its variety of seasonal flowers. Cherry blossoms, daffodils, tulips, and nemophilas bloom here in spring, hydrangeas and sunflowers take over in summer, and autumn is the season of cosmos flowers and the deep red burningbush, also known as kochia. In winter, the park’s opening hours are extended to welcome visitors for a nighttime “illumination,” in which more than 500,000 LED bulbs light the vast slopes and fields. Fireworks displays are also held on certain nights during the event period.