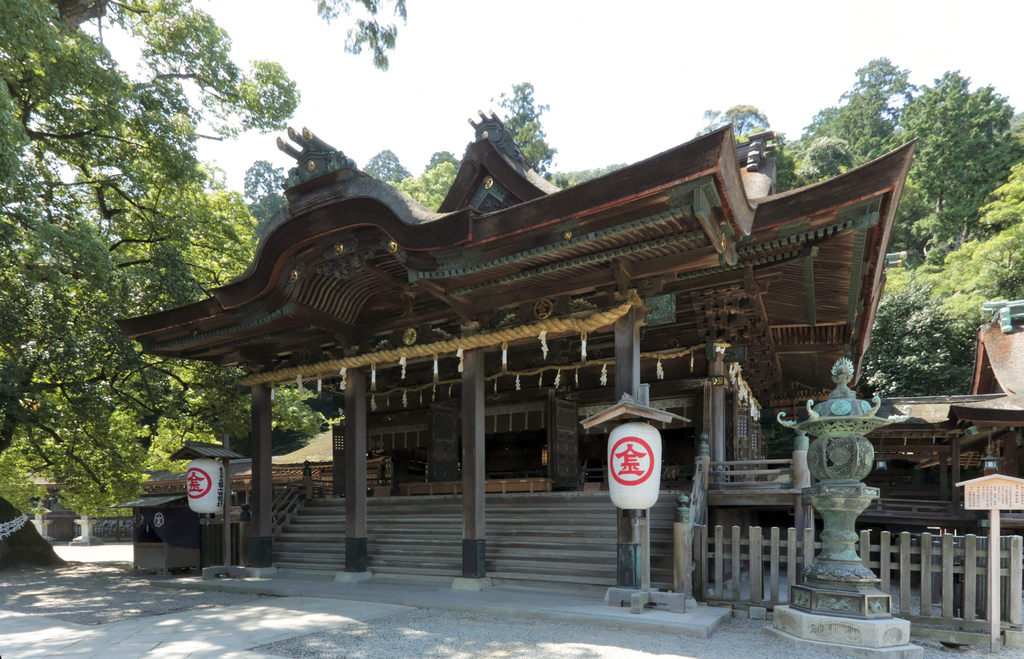 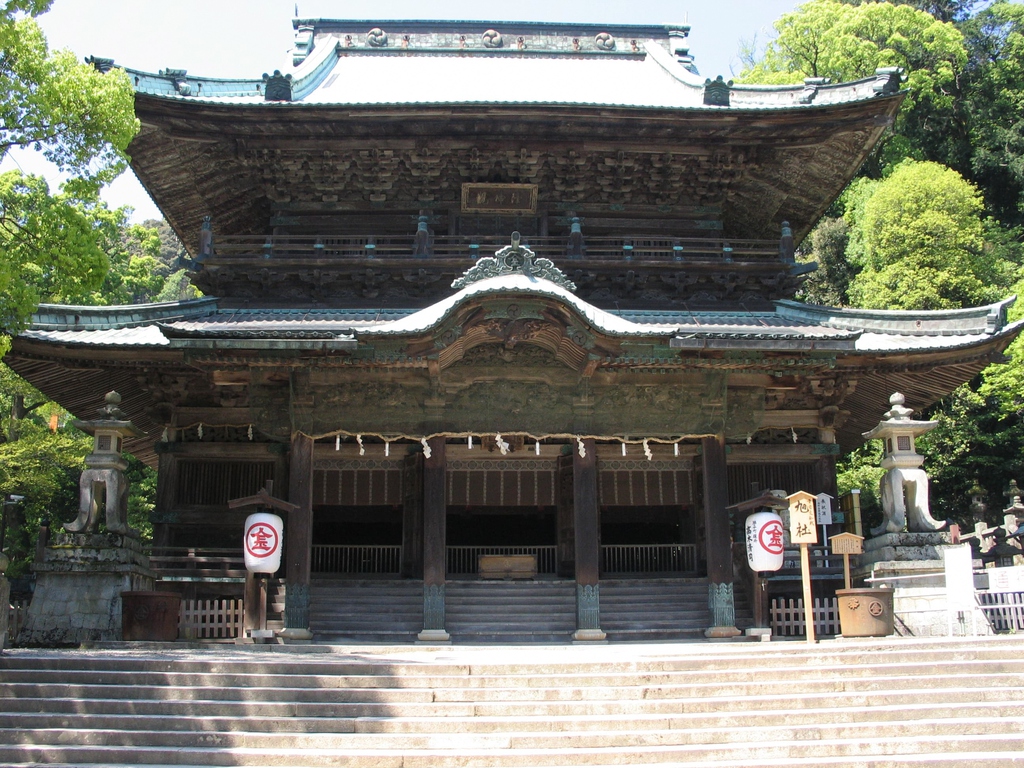 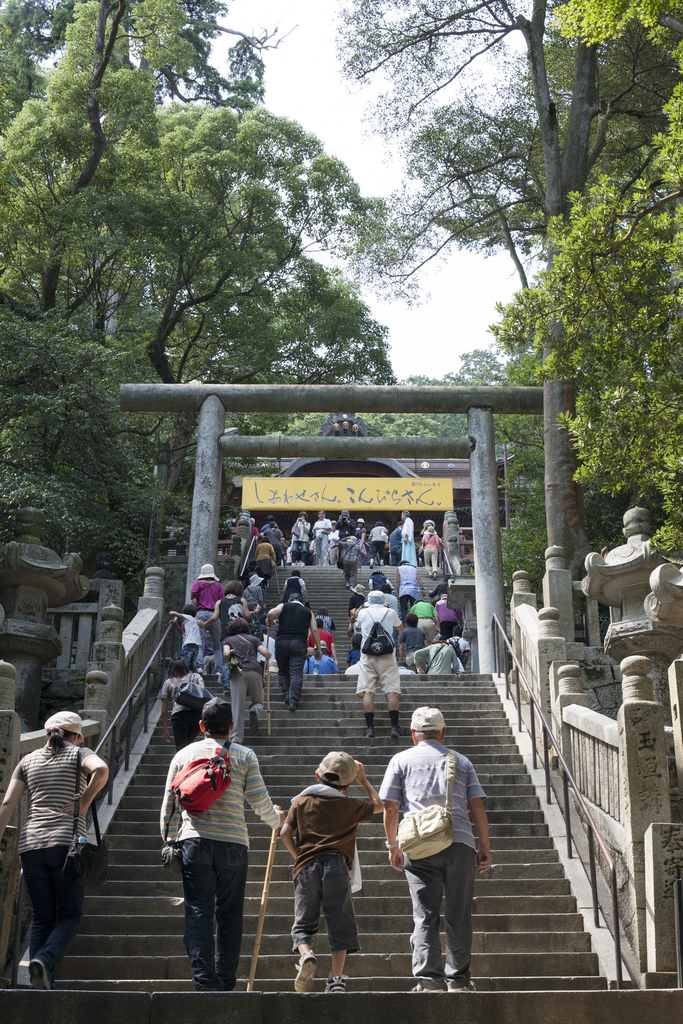 Path to the Shrine 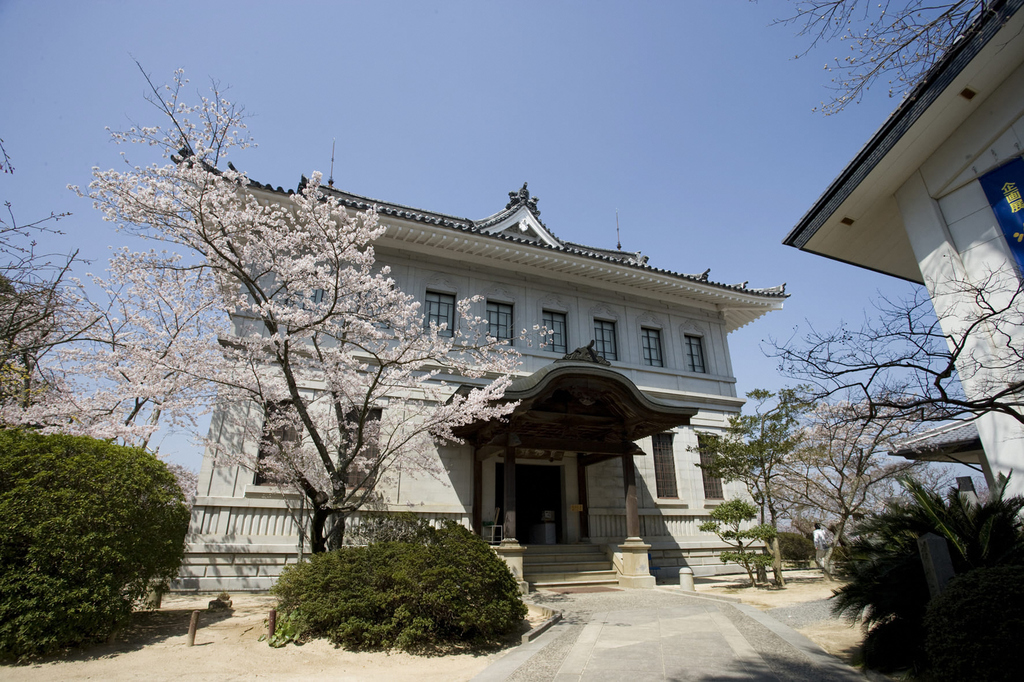 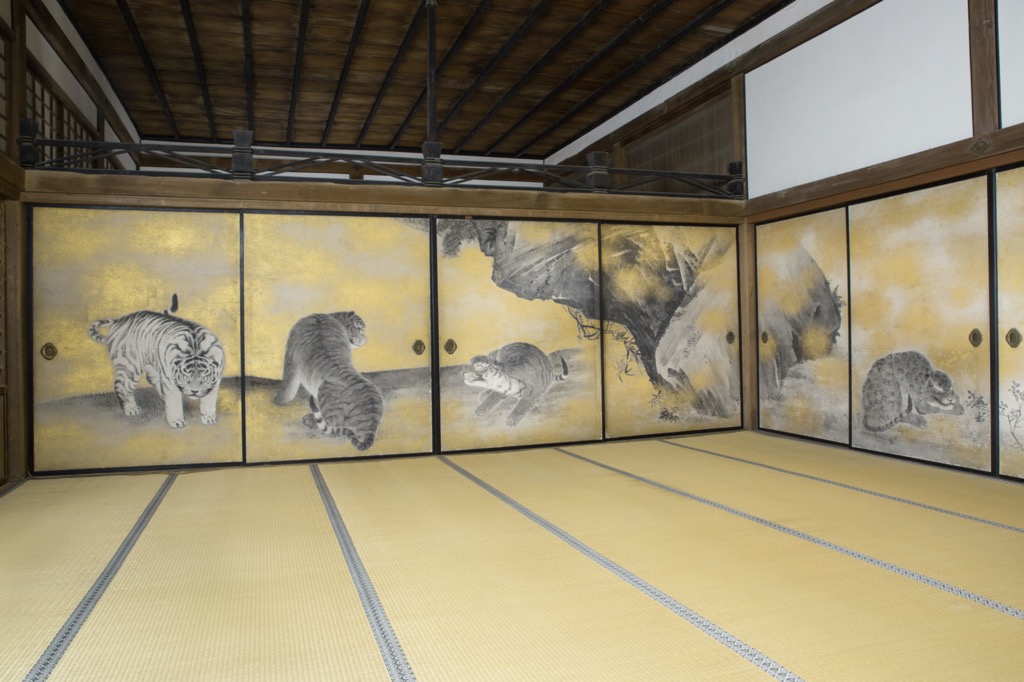 In the Edo period, Kotohiragu Shrine was an alluring destination many people wanted to travel to at least once in their lives. It has preserved its charm to this day as one of the most frequently visited spots in Kagawa Prefecture.
To get to the main shrine, you have to climb 785 stone steps, which takes about 30 minutes one way. The path is lined with numerous shops, restaurants, and traditional inns (ryokan). At the main shrine, there is a path that will take you up an additional 583 stone steps to the inner shrine. About half of all visitors end their journey after beating the initial 785 steps, but you can go all the way and complete the 1368-step pilgrimage if you feel up to the challenge.
On the way to the main shrine, you will walk past the treasure house (homotsukan), which houses many historical artifacts and works of art. Next, there is the Takahashi Yuichi Museum with an exhibition of works by Takahashi Yuichi, a realist painter from the 19th century. Further up, you will find the study (omoteshoin) where the sliding doors and walls are adorned with paintings by a famous 17th-century artist named Maruyama Okyo. You can take a break at the Kamitsubaki Café and Restaurant, located near the study. Go a little further to get to Asahi Shrine, which is decorated with intricate ornaments depicting clouds, humans, animals, plants, and various objects. Both the study and Asahi Shrine have been designated Important Cultural Properties of Japan.
In front of the Takahashi Yuichi Museum, there is a bronze dog statue of a konpira inu. The word konpira comes from the expression konpira-san, which is a nickname for Kotohiragu Shrine, and the word inu means dog. In the Edo period, ordinary citizens were not allowed to travel, except for visits to shrines and temples. For some people in eastern Japan, the journey to Kotohiragu Shrine often proved too challenging, so they asked their well-traveled acquaintances to take their offerings to the shrine on their behalf. Some people even entrusted their dogs with the task, and the dogs were then looked after by other pilgrims to make sure they made it to the final destination safely.

From Kotoden-Kotohira Station: 10-minute walk to the entrance