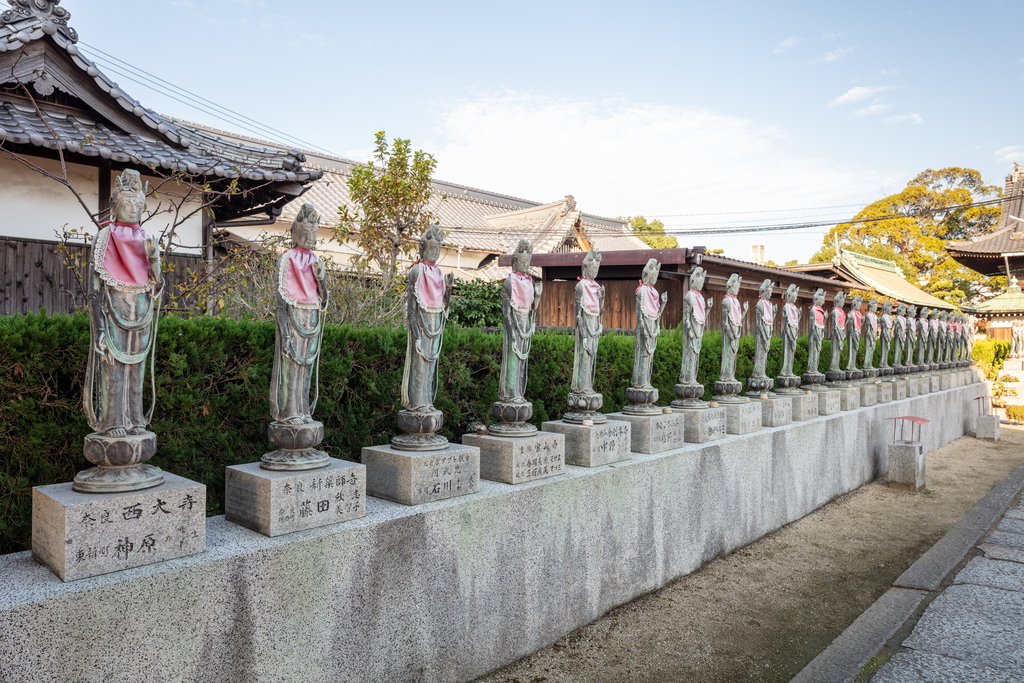 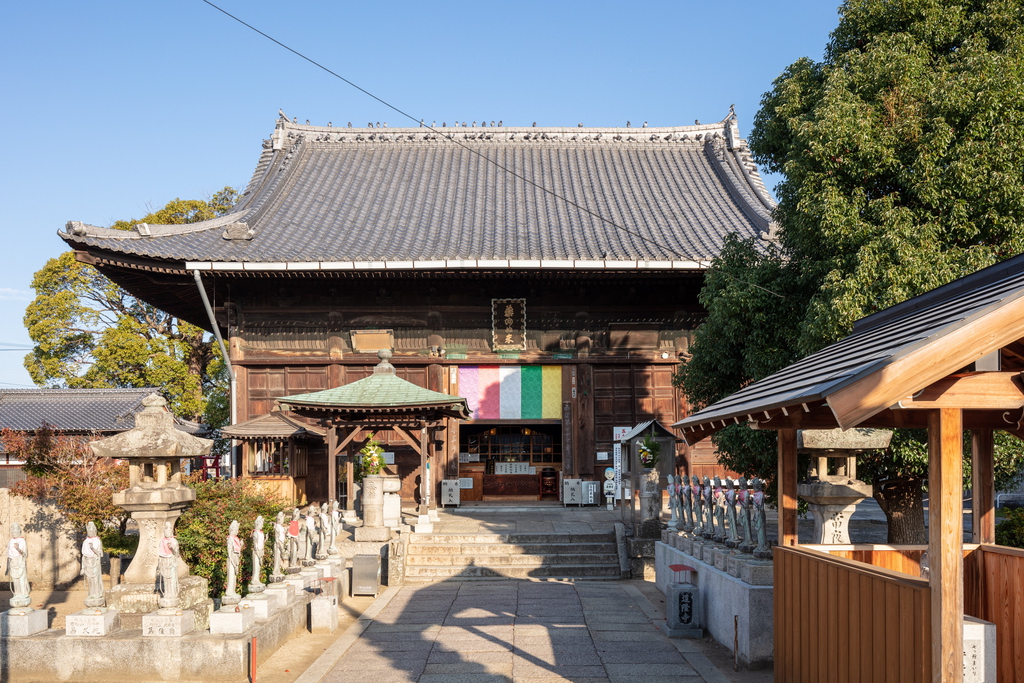 Doryuji Temple in the town of Tadotsu belongs to the Shingon school of Buddhism and is the 77th sacred site on the 88-temple Shikoku Pilgrimage. The temple traces its history to the year 712 and is noted for its 255 bronze statues of Kannon, the bodhisattva of compassion, which line the main approach all the way to the main hall. Some of these statues represent the principal deities of famous temples elsewhere in Japan, whereas others are dedicated to a specific purpose such as praying for traffic safety or for the souls of stillborn children. Equally notable is the temple’s main deity, Yakushi or the Buddha of medicine and healing. This particular Yakushi statue is believed to have the power to cure ailments related to the eyes, as exemplified by the story of an Edo-period (1603–1867) character named Kyogoku Samanomiyatsuko. The blind Kyogoku’s sight is said to have been restored after he prayed at Doryuji. This miracle inspired him to study medicine, especially vision-related ailments, and he eventually came to serve high-ranking samurai lords as their personal physician. Kyogoku’s tomb can be found in the Sentokuinden Hall at Doryuji.