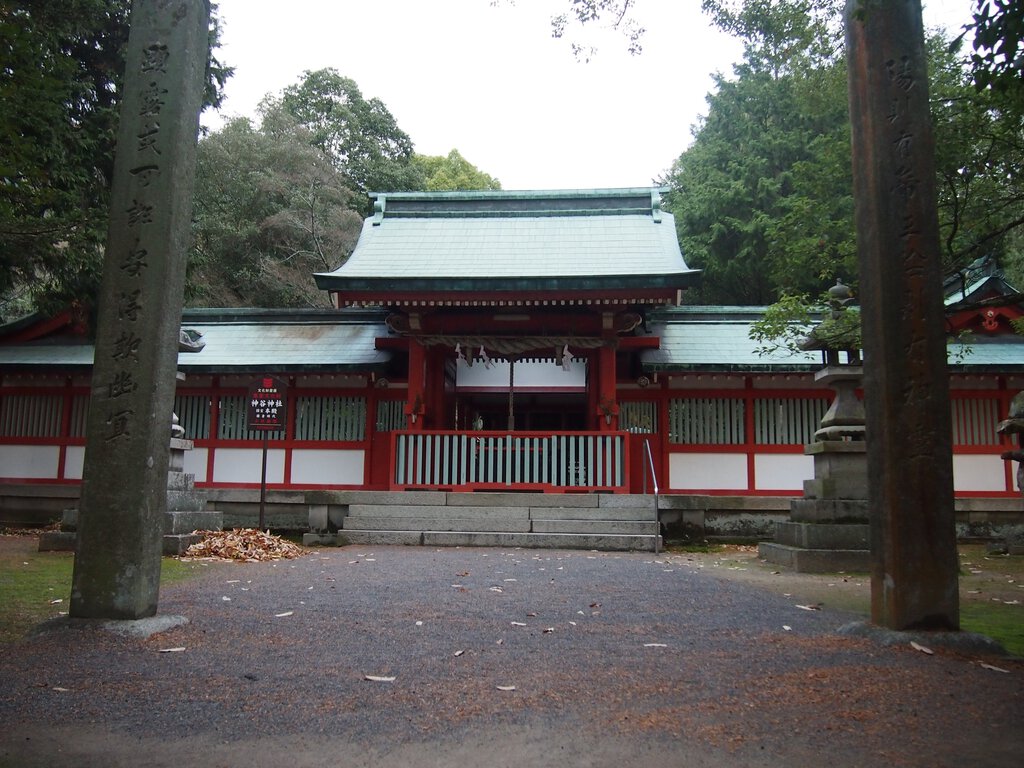 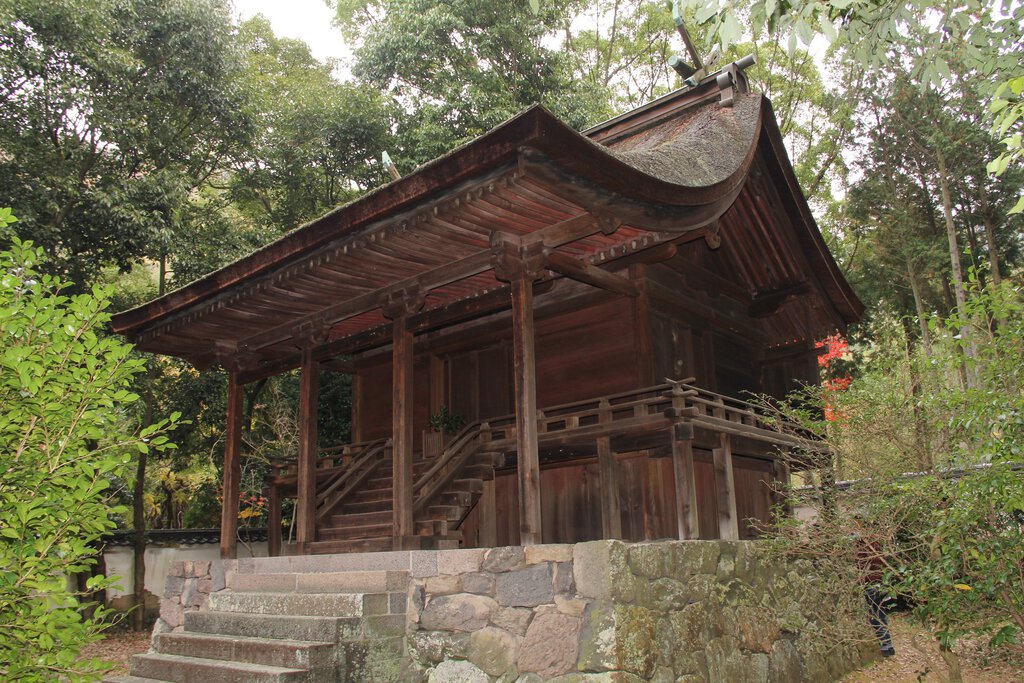 Kandani Shrine has a bright red worship hall (haiden) rebuilt in 1930, and behind it the Main Sanctuary, a smallish wooden structure that is one of the oldest extant shrine buildings in Japan. Although unembellished, it is historically significant. Repairs conducted in the Taisho era (1912–1926) led to the discovery of a number of wooden markers detailing the history of the building. The oldest of these ridge tags (munafuda), which describe the timing and circumstances of repairs and reconstruction work undertaken on a structure, revealed that the present Main Sanctuary was constructed in 1219. The building sits on a platform made of natural stones and its curved roof, covered with layers of hinoki cypress bark shingles, extends over the wooden steps in front of the structure. The extension is supported by four square pillars. These architectural features are typical of the Kamakura period (1185–1333) and contributed to the designation of the Main Sanctuary as a National Treasure in 1955. The shrine itself is thought to be even older: the sanctuary’s own records indicate that it was founded in the year 812. It possesses a number of historic documents and other artifacts, including a Kamakura-period statue depicting a Shinto guardian deity (zuijin), though these treasures are displayed only on select occasions. The shrine is located near the banks of the Kandani River in the shadow of Mt. Shiramine, one of the five peaks of the Goshikidai Plateau between the cities of Takamatsu and Sakaide.