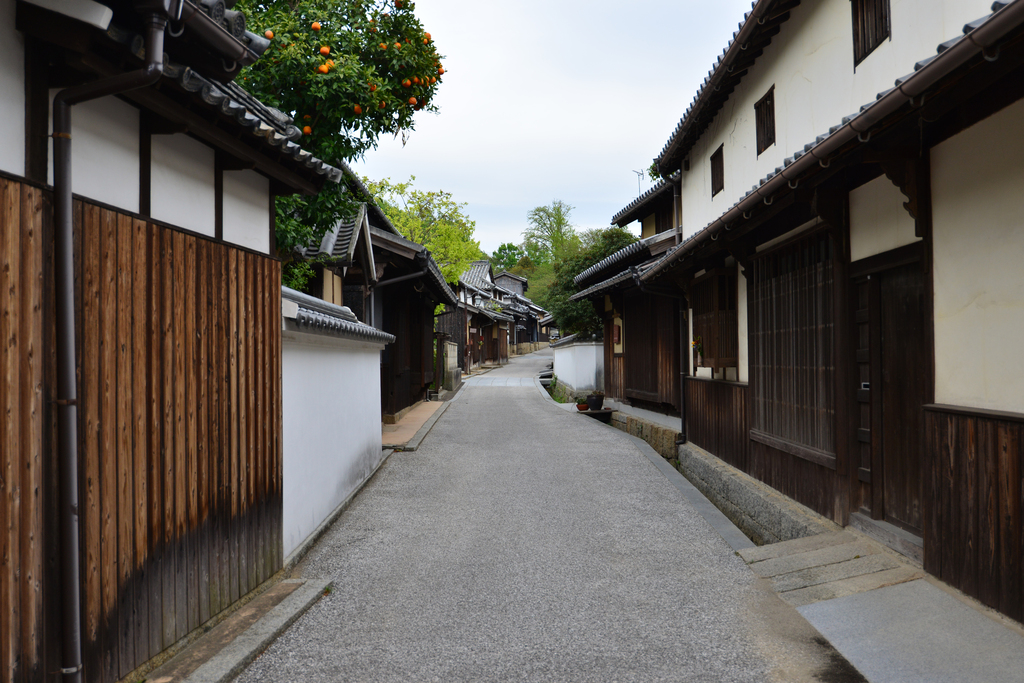 Honjima: A Hub of Maritime History

The island of Honjima is located in the Seto Inland Sea off the coast of Kagawa Prefecture, west of the Seto Ohashi Bridge, and can be reached in 35 minutes by ferry from the city of Marugame. Honjima is the second-largest of the 28 Shiwaku islands and the most populous, though only about 400 people live on it. The island has an illustrious history, having been a prosperous seafaring center from the sixteenth to the eighteenth century.

This history is on display in the port town of Kasashima, in the eastern part of Honjima, where some 100 buildings constructed mainly between the beginning of the nineteenth century and the early twentieth century survive. Surrounded by hills on three sides, the town occupies the base of a narrow valley and is laid out in a grid pattern. Its passageways are lined with traditional merchant family homes, some modest, others the grand estates of households whose members built their fortunes in shipbuilding and carpentry. Kasashima is designated a Preservation District for Groups of Traditional Buildings. Three of these buildings are open to the public, including the Sanagi House, a merchant’s home that dates to the latter half of the Edo period (1603–1867). The house includes a facility where visitors can learn about the history and preservation of the town. Its distinctive exterior walls are decorated with namako, a diamond pattern achieved with thick white plaster joints laid over black tiles, originally developed to protect earthen walls from water.

The Kasashima townscape can be viewed from above by climbing 15 minutes from the bottom of the valley to the summit of the 110-meter Mt. Tomiyama. Here, a scenic view spot affords vistas over the settlement and toward the island-dotted sea. The entire length of the Seto Ohashi Bridge is also visible from this point.

Mondays (If a Monday falls on a holiday, closed the following day)
December 29 to January 3
Monday through Friday from January 4 to the end of February (* Open Saturdays, Sundays, and holidays only)