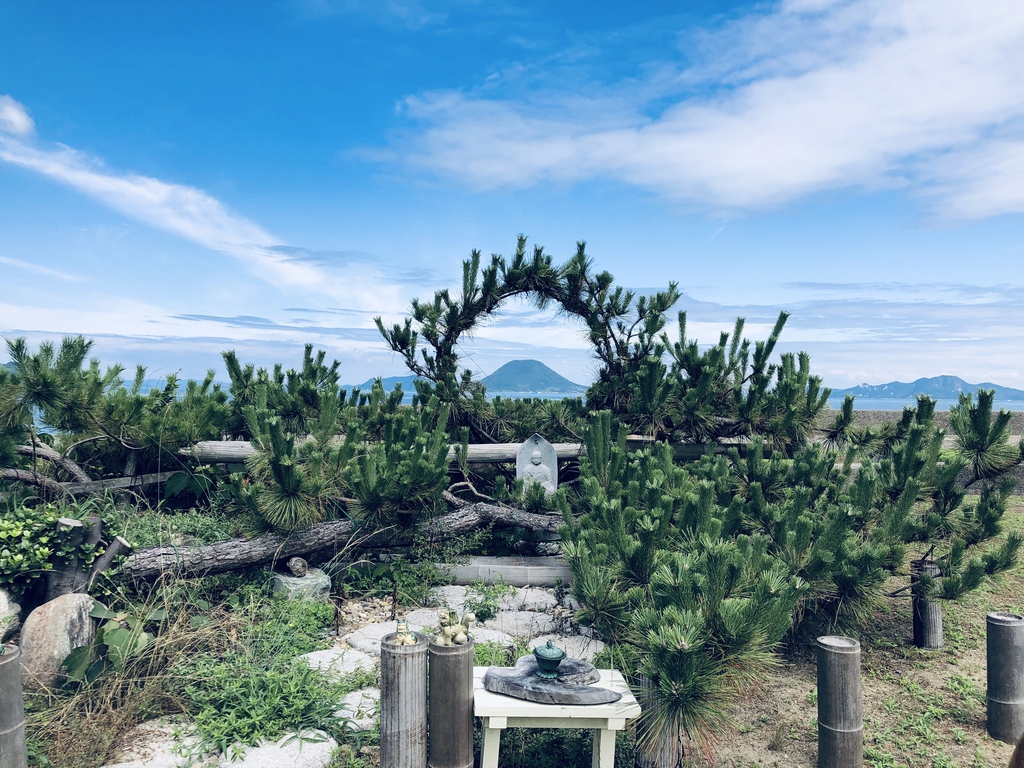 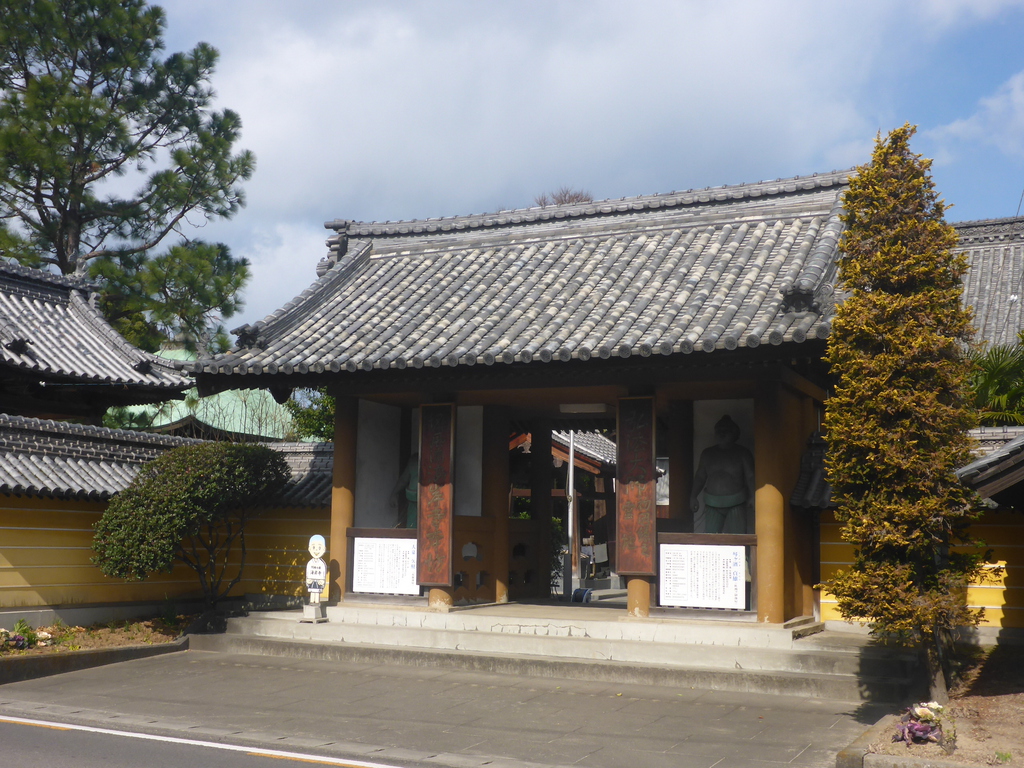 Kaiganji Temple is located in the Byobugaura area of Tadotsu, a town on the Seto Inland Sea coast. Its vast grounds are divided into a coastal zone, where the Main Hall and the monks’ quarters stand, and an inland zone with structures such as the Okunoin and Daishi halls. A public road and the JR Yosan railway line pass through the latter area. Visitors enter the temple through the Niomon, or Gate of the Guardian Kings. Gates such as these are usually flanked by a pair of statues depicting Buddhist deities, but at Kaiganji the guardians are sumo wrestlers instead. According to legend, the temple was established in 807 by the Buddhist priest Kukai (774–835), the founder of the Shingon school and the originator of the Shikoku 88-Temple Pilgrimage, upon his return from studies in China. Kukai may have chosen the location for Kaiganji because his mother, Lady Tamayori, resided here around the time when Kukai was born. The assumed site of her residence now hosts the Butsumoin (“mother of Buddha”) Hall, whereas the temple itself is said to have been built on the site of a hut Tamayori had prepared for giving birth. Several places on the grounds afford views of the island-dotted sea to the north. One such viewpoint is the beach behind the Main Hall; another is the Okunoin Hall on a nearby hill, which can be climbed in about 15 minutes.