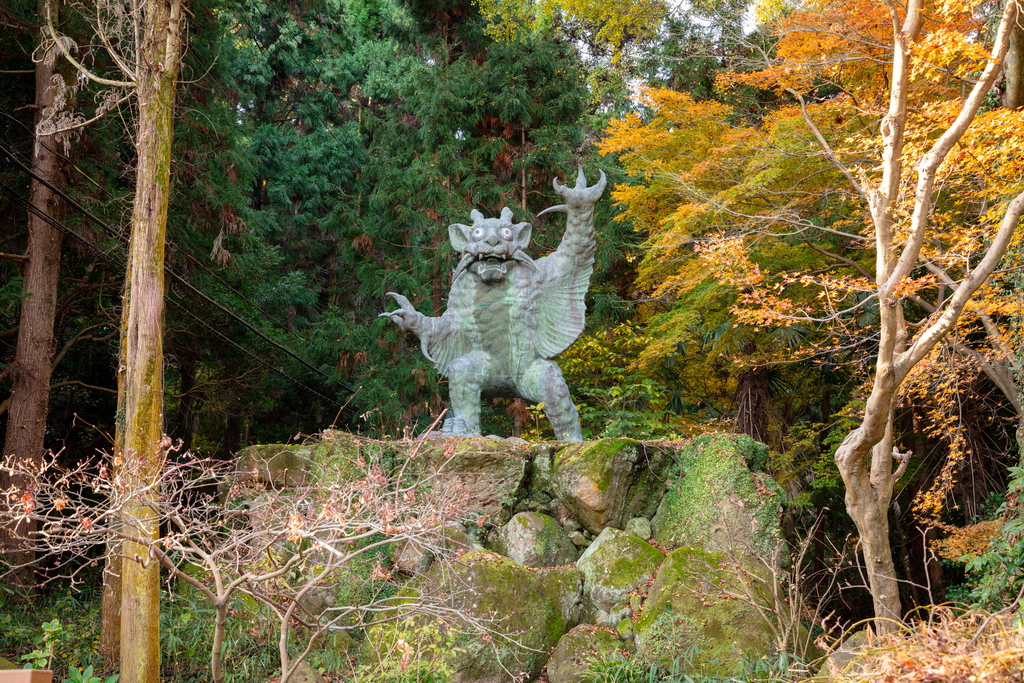 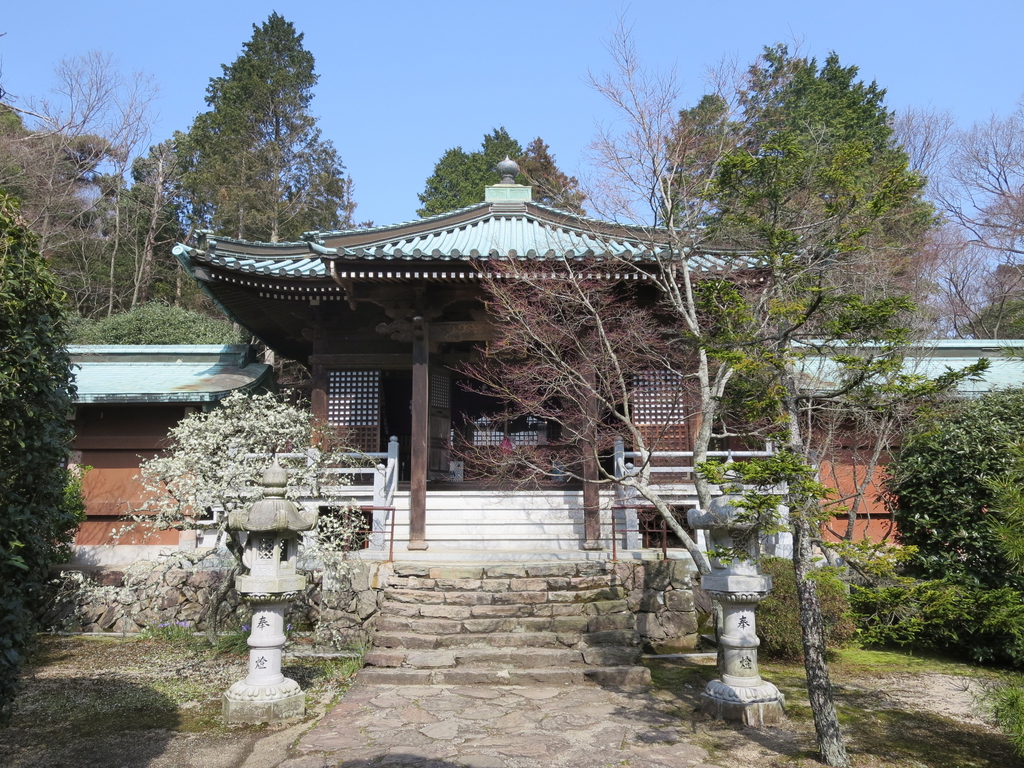 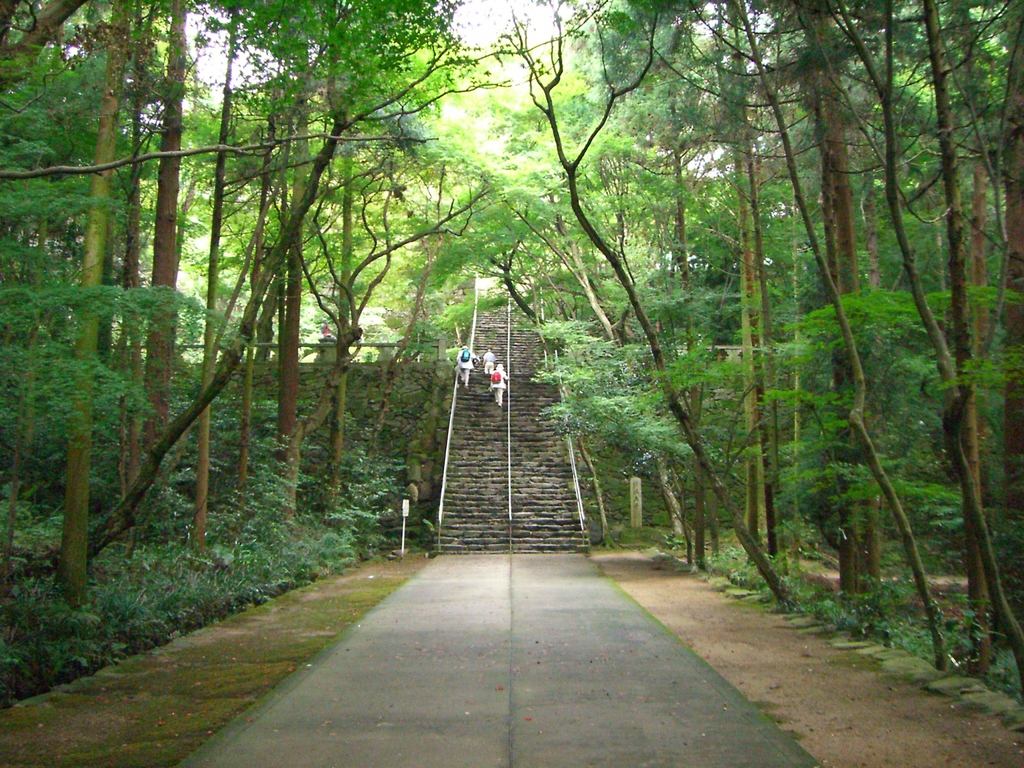 Stone Steps to the Main Hall

Negoroji Temple is the 82nd temple on the Shikoku 88-Temple Pilgrimage circuit, located on Mt. Aomine, which is the main Goshikidai Highland peak in Kagawa Prefecture. The temple grounds and path to the main hall are surrounded by lush greenery and lined with Japanese maples which make the scenery turn red in autumn. This is one of the most well-known maple leaf spots in the prefecture.
The pilgrimage path leading to Negoroji Temple is believed to have been used since the first half of the Edo period in the 17th century. There are still numerous road signs and milestones left from that era. You will also find other relics along the path, including a marker called gejoishi, which indicated the entrance to a sacred area and meant all pilgrims had to get off their horses or vehicles and continue on foot. Due to its importance as part of Japan’s national heritage, the path was designated a Historic Site in 2013.
Once you get to the temple grounds, you can continue down a straight path that will take you to the main hall, which houses about 33,000 bodhisattva statues, all donated by worshipers. Visitors who travel here by car are greeted by an unusual and perhaps slightly intimidating statue located on the parking lot near the temple.
It is a statue of ushi-oni, a supernatural monster (yokai) from the folklore of western Japan. The name literally translates as “ox demon”, which explains its bovine appearance. Ushi-oni were by nature extremely ruthless and savage. Legend has it that about 400 years ago, an ushi-oni from Mt. Aomine constantly terrorized a nearby village. One day, the villagers asked a master archer named Yamada Kurando Takakiyo to get rid of the demon once and for all. The archer accepted the task and went out to look for the demon, but the demon was nowhere to be found. The archer did not give up and decided to pray at Negoroji Temple. Finally, on the 21st day, he managed to spot and strike down the creature. It tried to escape, but the archer chased it down and cut off its horns. He gave the horns as an offering to the temple, where they have been preserved to this day.