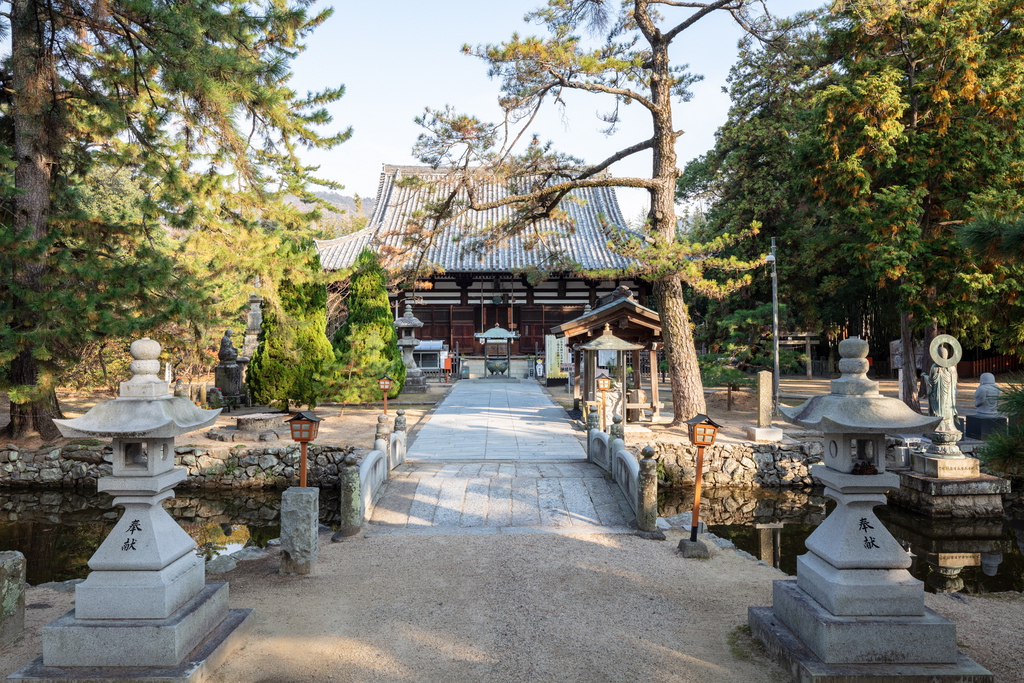 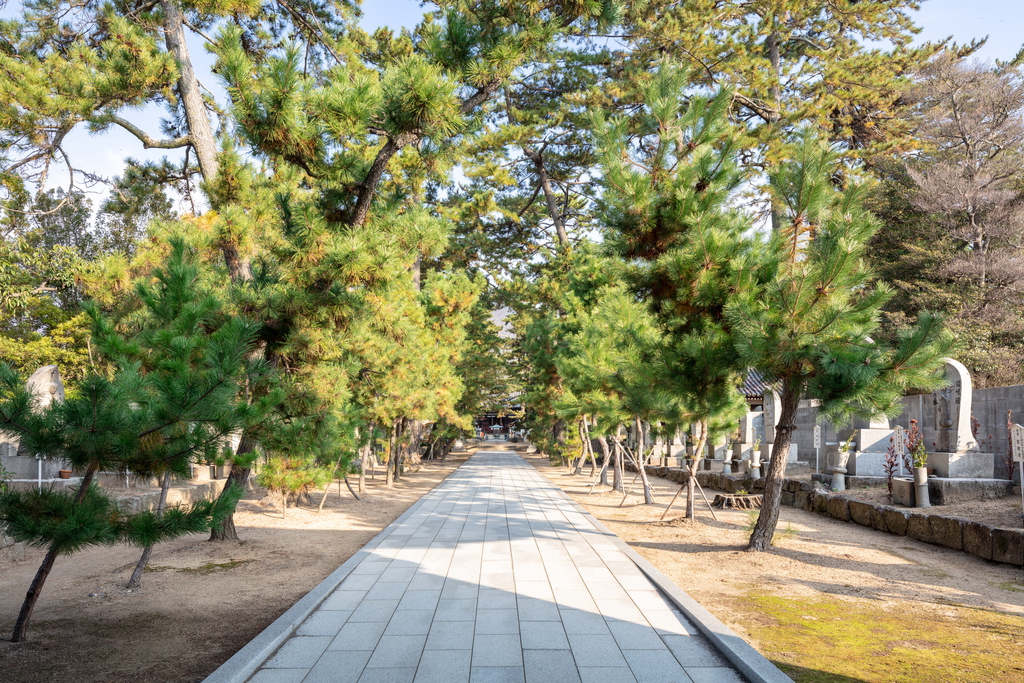 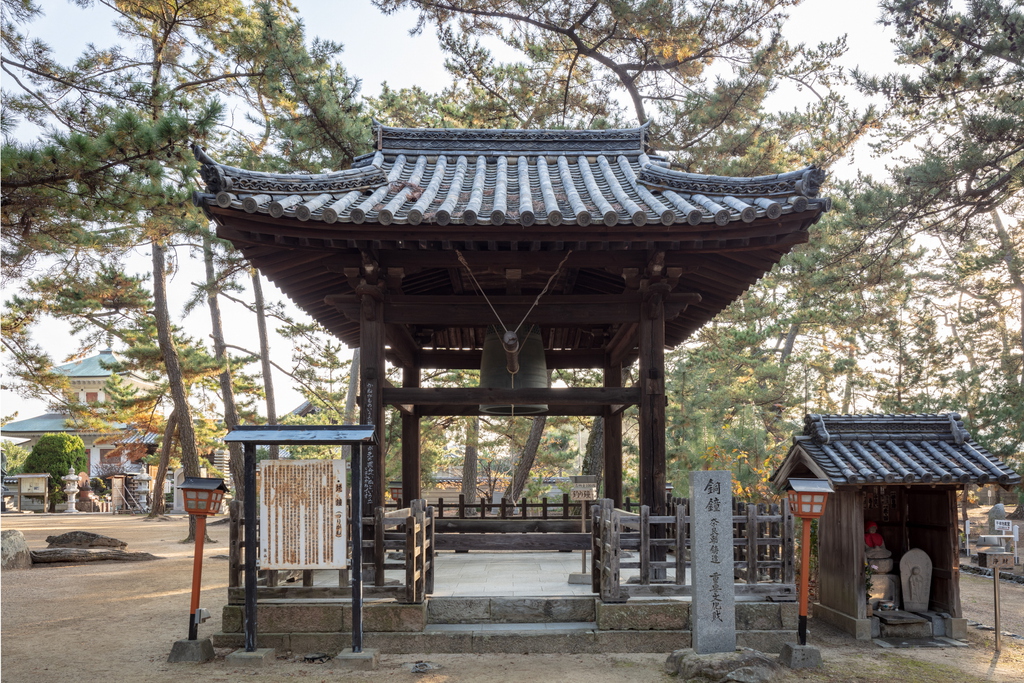 Kokubunji Temple represents the 80th temple on the Shikoku 88-Temple Pilgrimage circuit. It was founded in the 8th century in Sanuki Province, which is nowadays known as Kagawa Prefecture. At the time, Japan was ruled by Emperor Shomu, who wanted to restore peace and stability in a country that had been ravaged by rebellions, natural disasters, and epidemics. In order to achieve that, he decided to establish a series of state-maintained Buddhist temples called Kokubunji all across Japan as the foundation for unity and prosperity. This is the Kokubunji Temple that represented Sanuki Province.
Kokubunji Temple is located about seven minutes on foot from Kokubu Station on the JR Yosan Line. The temple grounds are strewn with pine trees and a series of stone Buddhist statues lining the path that leads to the main hall, which has been designated an Important Cultural Property of Japan. There are exactly 88 statues along the path, and they represent a miniature version of the Shikoku 88-Temple Pilgrimage for worshipers who are unable to go through the entire journey. Walking down this path constitutes a good deed equal to completing the actual pilgrimage.
After the 88 statues, the path will take you past a group of large flat rocks. These are the foundation stones of Kondo Hall (main hall) that used to be there many centuries ago. The 33 stones have remained virtually intact, suggesting that the hall they supported was 28 meters long and 14 meters wide. In addition, there are 15 foundation stones in front of Jizo Hall (a hall dedicated to Jizo Bosatsu, an important Buddhist deity in Japan), which indicates that a pagoda 10 meters wide and 63 meters tall used to stand there. These are also the only two locations on Shikoku Island to be designated Special Historic Sites.
Visitors who wish to learn more about the history can visit the Sanuki Kokubunji Temple Site Museum, which is located in the temple’s vicinity. The museum houses ancient pottery, metal artifacts, and other objects excavated in the area. There is also a 1/20 scale model of the original Kondo Hall with informative illustrated panels and a video booth offering a virtual reality tour of the site.