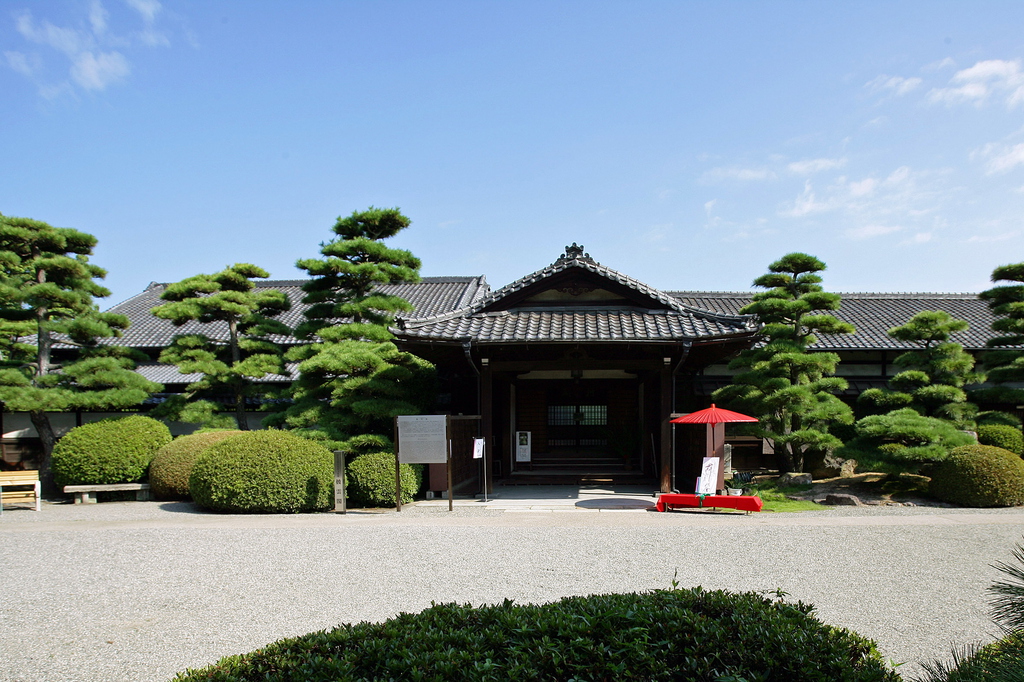 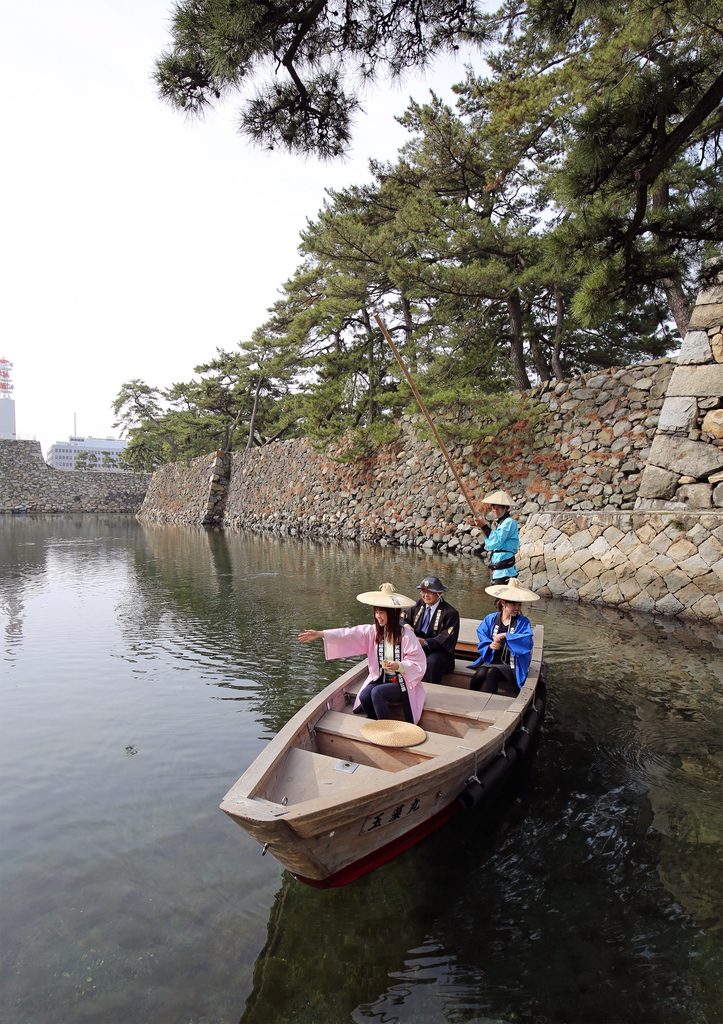 Located near the port of Takamatsu, Tamamo Park stands on the site of the former Takamatsu Castle, the headquarters of the Matsudaira daimyo lords who ruled this area during the Edo period (1603–1867). The sixteenth-century castle was rebuilt and greatly expanded in the 1640s, when the few structures that remain today were built. These include the Tsukimi (“moon-viewing”) Yagura tower and the Mizunote gate, as well as some stone walls and the castle moat, which draws its water from the Seto Inland Sea. The moat can be explored—and the fish in it fed—by boarding a boat that circles part of the inner moat in about 30 minutes. This tour also provides views of the elevated plot of land where the castle’s main keep once stood. From that site, opened to the public in 2013 after years of excavation and repairs, visitors can look out toward the city of Takamatsu and the islands of the Inland Sea in the distance.

Another notable building in the park is the Hiunkaku mansion, built in 1917 as a guest house and country estate for the Matsudaira family, the descendants of the former lords of the Takamatsu domain. Its traditional Japanese architecture incorporates Western influences and building techniques, as was customary at the time. Designated an Important Cultural Property, the Hiunkaku can now be rented for events such as tea ceremonies, concerts, and photo shoots. Highlights of the building include the Daishoin, a grand chamber of some 280 square meters, and a rock garden with pine trees and sago palms (Cycas revoluta).