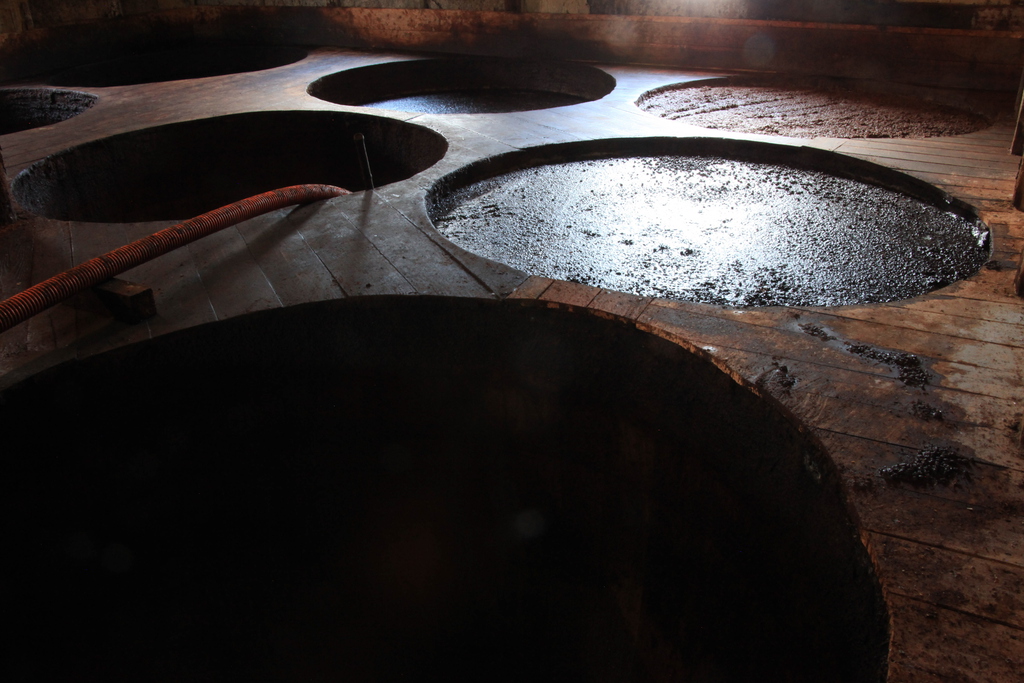 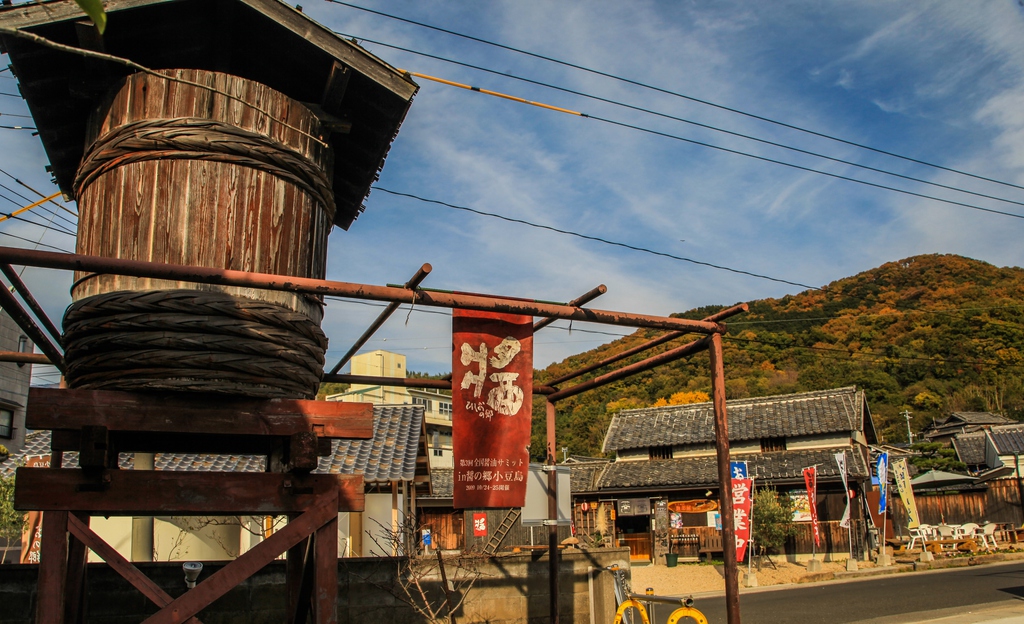 Shodoshima Island’s soy sauce factories are concentrated in an area called Soy Sauce Village, where warehouses and factories built during the Meiji era (1868-1912) line the road from Yasuda to Sakate Port. The buildings, still in use today, create a historic atmosphere with their traditional charred wood cladding and old plaster walls.
Soy sauce manufacturing began on Shodoshima in the 16th century, after persons coming to quarry stones for Osaka Castle brought the recipe. The industry reached its height at the turn of the 20th century, with over 400 factories operating. Currently, about 20 factories are still running.
Unlike soy sauce produced elsewhere, Shodoshima soy sauce is unique for the use of traditional wooden barrels during the fermentation process. Many factories offer tastings—discover and be amazed by the rich flavor achieved through centuries-old techniques. Some locations even sell soy sauce ice cream, which might surprise you with its harmony of flavors. We also recommend Shodoshima soy sauce as a souvenir.