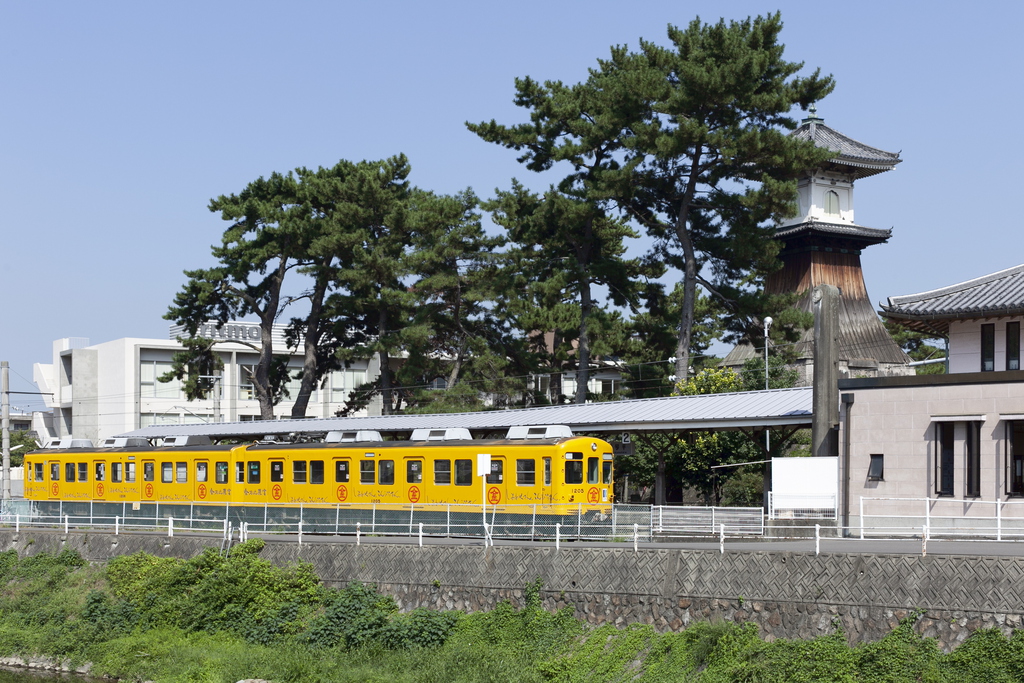 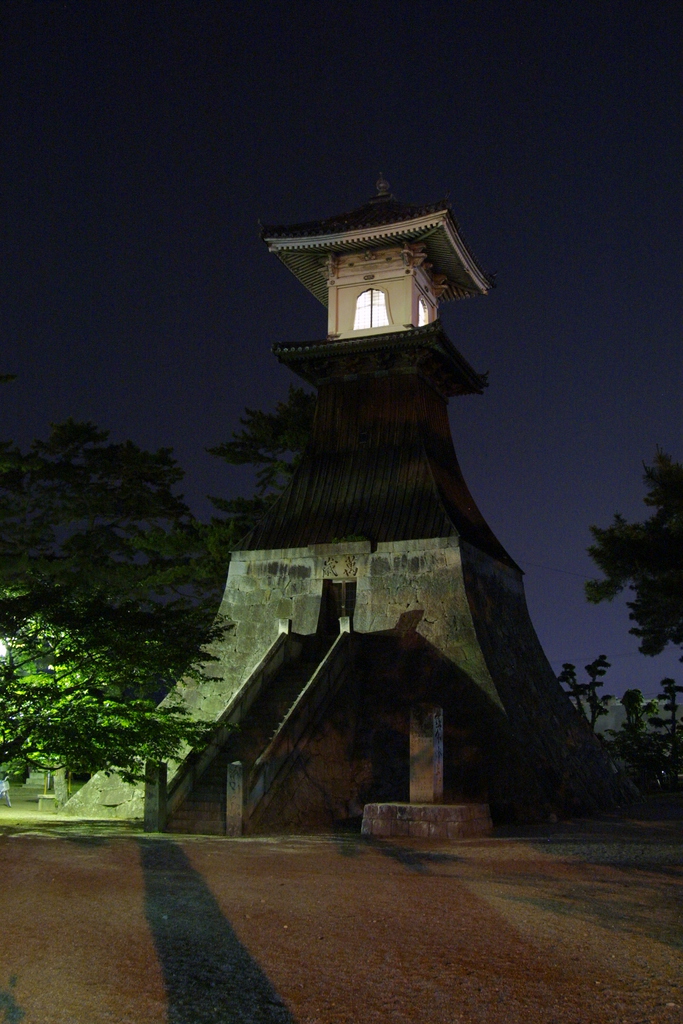 Takatoro Lantern in Kotohira is a tower-like structure built on a tall, pyramid-shaped foundation. Takatoro literally means “tall lantern” and comes from the word toro, which is a traditional lantern that is typically found in Buddhist temples and Shinto shrines.
Takatoro Lantern is located just three minutes on foot from JR Kotohira Station, making it easily accessible for tourists arriving from Takamatsu. It is the sightseeing spot every visitor to Kotohira should see first.
Takatoro Lantern has been designated an Important Tangible Folk Cultural Property of Japan related to the popular beliefs centered around Konpira, a syncretic deity known as the guardian of sailors. It is located near Kotohiragu Shrine, a Shinto sanctuary that is dedicated to Konpira and attracts thousands of visitors every year.
The three-story structure of Takatoro Lantern was completed in 1860, reaching 27 meters in height and thus becoming the tallest wooden lantern in the country. It was originally designed as a lighthouse for sailors in the Seto Inland Sea, who also used it as a landmark to offer their prayers to Konpira.