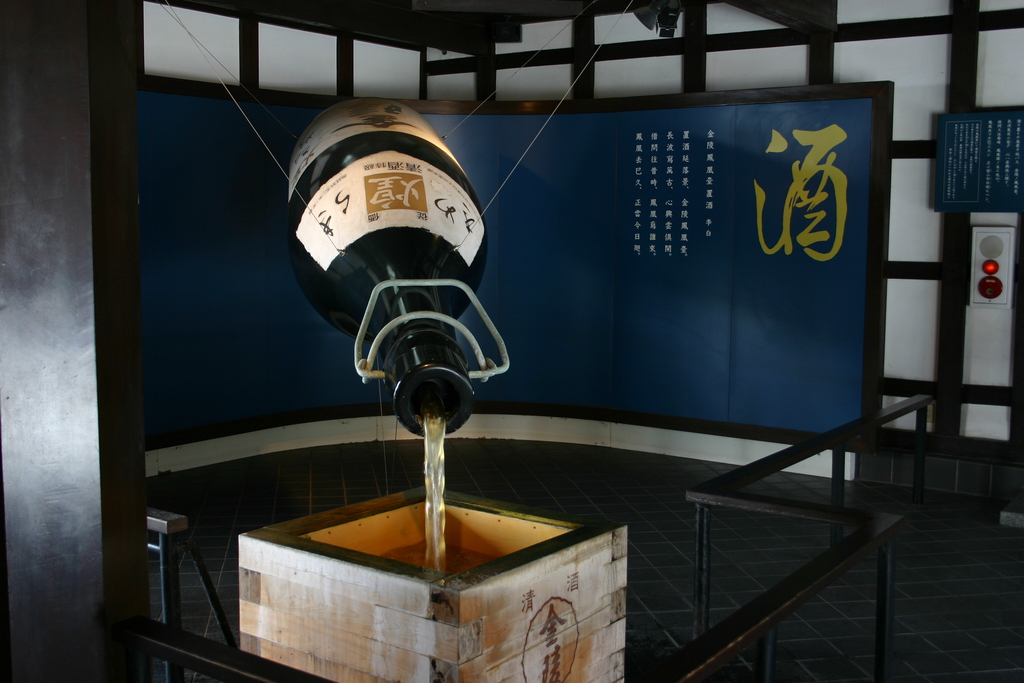 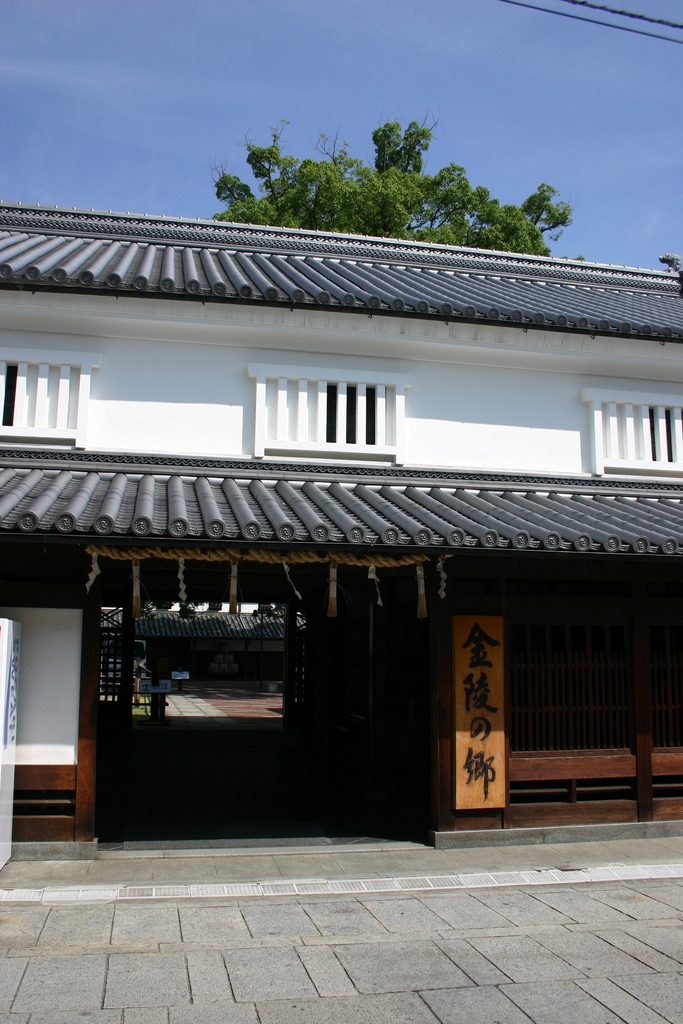 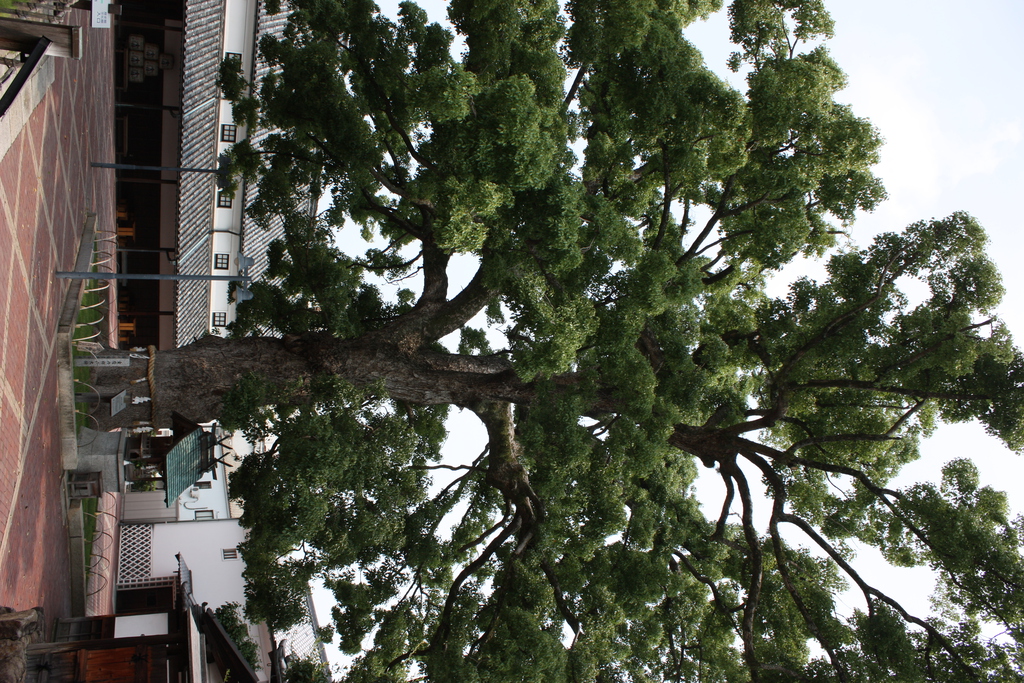 The origin of Seishu Kinryo sake dates to 1616. In that period there were several sake makers. One of these was Tsuruhaya, followed by Haneya who changed the name of the sake to Tsurutaya. The sake stock of this sake maker was later bought by the eighth generation Nishino Kaemon in 1789, at the end of Edo era. This was the birth of the refined sake, Kinryo.

There were three sake storage houses in the Kotohira headquarters. One of the storage houses is called Dainiko (second storage house), which faces the main street. It is approximately 2,916 square meters, and this was opened as Kinryo no Sato in 1988. At the entrance to the building is a sugidama, a ball made from sprigs of Japanese cedar, traditionally hung in the eaves of sake breweries to indicate that sake has been freshly brewed.

This traditional storage house contains the original white walls of the brewing company when it was established. Visitors to Kinryo no Sato can learn about the original sake production and see old sake-making tools and scenes that depict the sake-making process, while enjoying the audiovisual information provided.

We hope that you will learn about Japanese sake culture and encounter a refined sake in a relaxed atmosphere. Please enjoy tasting the sake, too, and having a relaxing rest under the shade of a 900-year-old sacred camphor tree.